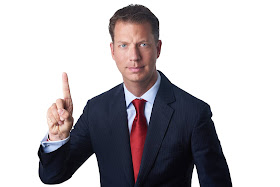 Well, where do I begin with the recounting of an amazing life changer of an event in Dubai on June 21st 2017.


I know, let’s go back to last year November 18th 2016 when a certain Mr Kiyosaki came to Dubai with the NAC line-up. On that event agenda, there was mentioned a Mr. J T Foxx, Worlds No.1 Wealth Coach but somewhat mysteriously at the last minute we were told he had been replaced as unforeseen circumstances had arisen.


To be honest, I was going to the event to see and hear Robert Kyosaki and J T actually was not on my radar at that point. Unknown to me that was all to change in Dubai on Wednesday 21st June 2017


A bit about myself here, my wife and  I own a property company in the UK and have been building up our portfolio over the last few years, but my main passion lies with sharing my life experience with others to enable them to Empower themselves as I have been able to do for myself over the past 18 years. I have a program which enables them to be to manage and control any type of wealth that they are pursuing. It takes the form of an initial 9-day journey of self-discovery followed by a much longer empowerment journey.


Enough about me, although you have to understand where I was in my journey when J T Foxx came to town.  I had been looking for a mentor with proven processes and procedures which I could learn from and implement in order to take my business to the next level. I have been coaching on a one to one basis with clients and wanted to take this to a group type format.


Then it happened and I don’t believe in coincidences, I saw an advertisement on Facebook for a free event in Dubai, it was for a Mega Speaker event featuring the above-mentioned J T Foxx. As I normally do when I see something for free, I Google it! An old adage tells me if it’s for free then it cannot be worth much or what’s the catch with this offer, where is the up-sell?


So straight to YouTube and let’s see what this guy has offer, I spent around 30mins reviewing J T videos and then decided okay let’s give him an opportunity to impress me at a live event.


I also must tell you that I am 60 years of age and have seen a few scams over the years, I have been in Dubai for the past 14 years and have seen the Promisers of all things wonderful in the coaching and training field come and go. Just taking the money for the event and promise follow up training which yield no tangible results due to lack of back-up being provided. I am also from Scotland where we are known to watch the pennies!!


Therefore, after replying in the affirmative to the advert for the event, which only gave a date at that point, no venue mentioned? I promptly got on with my day to day routine.


Then on the 19th of May 2017 things started to fall into place, I received an email from the J T Foxx events team informing me that a venue had been secured and they were looking forward to seeing me on the 21st of June. From that point forward up until the actual event I was kept informed of every detail of the event every step of the way, this was starting to look like the real deal but it was still a free event, so I still had my reservations in place.


I always make a point of arriving early on the day of any event which I attend in order to scope out how well organized the event is here in Dubai. The JT Foxx team were all in place and nothing was too much for them, straight away I sensed that this was organized to a higher level than most events I had attended.


To the action: The morning was opened up by Brent Turley, one of the Foxx Family, I recognized him, he had been working on the front desk when we arrived, I was starting to get the feeling that they were doing this event on the cheap? This was dispelled later when I got understand the circumstances surrounding J T being able to put this event on in Dubai.


Coach Brent gave us an insight into how he had been able to move onto the next level since attending the same Mega Speaker event in the U.S. and taking the next step and signing up for a coaching course.  I started to get the feeling that I was going to be able to glean some valuable information from this free event after all.


Then the main player Mr. J T Foxx took the floor, I always try to get as close to the front at these events as possible and I was in the 2nd row dead center. It was evident from the onset that this guy had a powerful personality but yet he seemed to be able to convert it into a smooth structured manner of delivering his message. He told us that the mere fact he was told he would never appear in Dubai was one of the main drivers that brought him here, the words “You Can’t” are not recognized by him. Right away I detected that here was a person that would not be denied once he had a challenge on the horizon. This is what I needed to hear and that started to convince me that maybe this type of persistence is what I need to be replicating.


J T took us through a training session such as I had not experienced here in the U.A.E. He disclosed detailed information regarding marketing your services, which included actual costs to charge and a detailed outline of how to go about setting up your presentation. No other speaker who I have come across delivers this sort of information, he explained that is why some of his competitors think he over steps the mark when he discloses this information. I saw this as the mark of a master disrupter.


J T discussed and showed us how his students have successfully applied the processes and procedures which are a trademark of the World’s No.1 Wealth Coach. Any of the previous seminars I have attended have never drilled down to the detail of information which J T was imparting to us. The morning was over in a flash, but the information was safely stored in my notebook! I noted early on that J T was watching everyone in the room, which by the way was at capacity of over 550 people. He is a man who pays attention to detail.


The afternoon session saw J T go into overdrive and we were treated to explanations on marketing our product, whatever type of service that it happened to be. He explained


My note book was filling up rapidly, it was during this session that I made my mind up that this was the guy to take me to the next level. I even had a chance to speak with him at the break, he is totally approachable. Unlike some of the other big-name coaches who have come to Dubai and all you got was a handshake and a photo with them at the end of 3 days! In contrast to this J T spent around 2 to 3 hours later in the day having a picture taken with everyone, but he also took the time to answer questions while doing this, he is the real hands on type of guy.


J T left us with the assurance that he would return to Dubai and open up a base here. I trust that he will honour that promise and not leave the good people of Dubai high and dry like some others who have come here before him.


I have always taken down written notes at every event/meeting/seminar that I attend, during this event I took down at least twice as many notes/pages as I have ever taken down in the same time span. This alone showed me that here was a guy that had so much to offer and there would be still more to come after joining up with the JT Foxx family.


I have signed up for the 4 Day Dream Team event taking place in London in September and from the day I signed up I have been inundated with help from the J T Foxx family, phone calls, e-mails, Skype calls. All of this attention to detail breeds confidence and I am now looking forward immensely to my London trip.


Take a look at J T’s movie Millionaire Underdog. This will let you understand a bit more about the man behind the message. 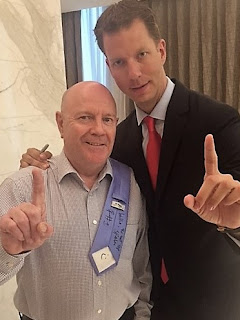 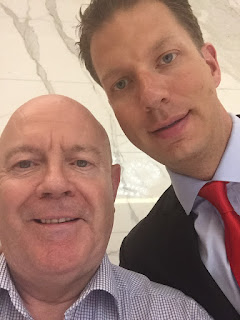